I can think of many worse ways to spend an evening than in the Scotch Malt Whisky Society (SMWS), sat in a deckchair watching a film accompanied by ice-cream and whisky, but that’s exactly what we had to endure after being invited to the preview of the 12 Tub Cinema Club.

12 Tub Cinema Club has been launched to celebrate the permanent opening of the Queen Street venue to the public and consists of a series of classic ‘whisky’ film screenings where the audience also get to choose one of the SMWS’ great ‘Ice Dream Drams’ ice-creams and a matching whisky.

The ice-creams have been created by S Luca using the Society’s single cask whiskies and are designed to match the 12 flavour profiles which the SMWS has assigned to it’s bottles. Each ice-cream is around 3-5% alcohol so there’s no mistaking the magic ingredient and the flavours include: 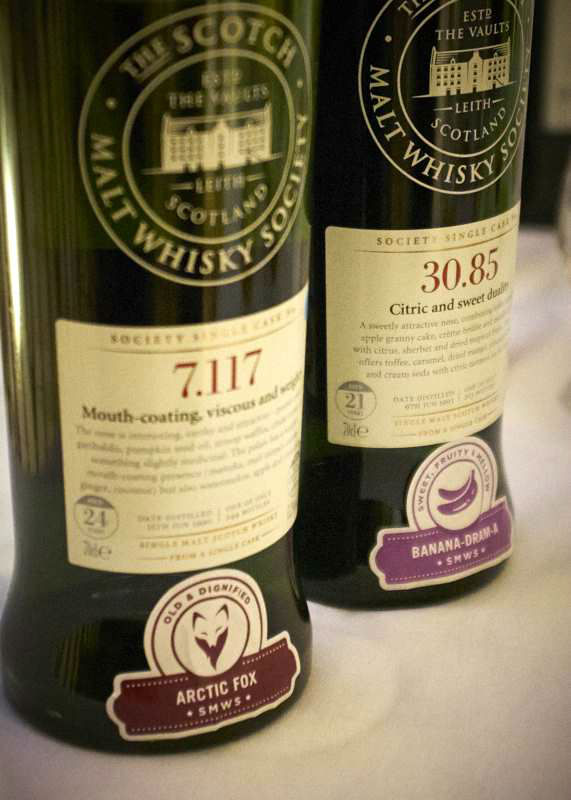 All of the films will be screened in Queen Street’s North View room which sits on the second floor above the bar. Normally a bright white room containing dining tables and chairs, it is transformed into a cosy private cinema with deck chairs and bean bags for around 30 people and ushers serving the drinks and ice-cream. 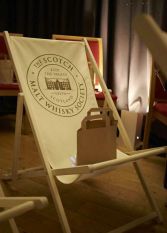 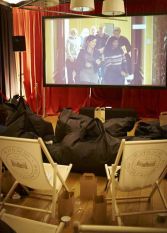 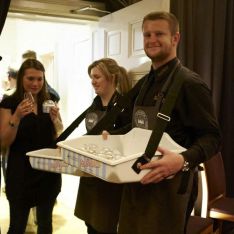 On arriving at the room, we were able choose our ice-cream and whisky combinations; I went for the full-flavoured Smoky Lavender Kiss which was paired with a robust peated Islay whisky whilst Adele chose the Ginger Rasta with a spicy, dry Speyside. 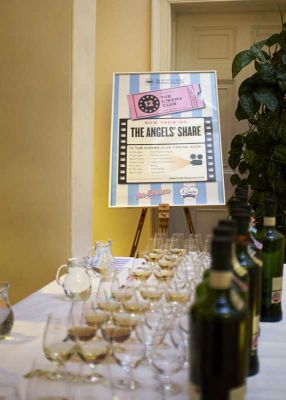 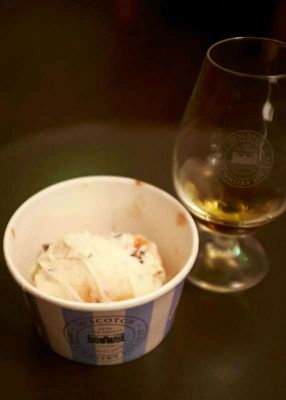 Often in my experience, food pairings with whisky can be a bit hit and miss, but mine was genuinely fantastic; the Lavender and Parma Violet ice cream balanced out the punchy smoke in the whisky really well and Adele said hers was just as good, with the ginger ice cream bringing those notes out in the whisky.

After a brief welcome and introduction by Society Ambassador Phoebe Brookes, we settled in to watch the film.

Our preview screening was “The Angel’s Share”; Ken Loach’s brilliant heartwarming, (sweary, ) comedy caper and although we’ve seen it before, it was great fun to watch it with others in such a unique venue. One warning: once you get into one of the deck chairs, there is no graceful way to get back out!

After the film finished we were able to try some of the other flavours. I went for samples of the Chilli Popper and Maple Bacon Crunch, the latter of which was paired with the SMWS’ Feis Ile bottling which we reviewed previously. Again, bacon and chilli should not be natural partners for ice-cream but each of these worked really well. 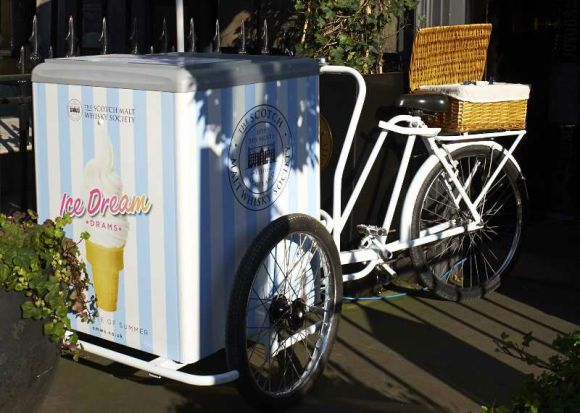 Overall a great fun evening which should appeal to film and whisky fans in equal measures – we’re quite tempted to head back for another screening!

Thanks very much to SMWS for inviting us along.

The 12 Tub Cinema Club is running from Friday 19 June – Sat 11 July at the SMWS’ venue at 28 Queen Street, which is also now open to the public.

Tickets will be priced at £5 which includes the film plus 1 serving of whisky ice cream and whisky. The screening schedule is as follows and tickets are available to buy at Eventbrite.

One reply on “12 Tub Cinema Club at SMWS”

[…] were lucky enough to try the whisky ice cream a couple of years ago at the 12 Tub Cinema Club, so it’s great news that this is coming to […]