Whisky capital of the world

Campbeltown, in the far reaches of the Kintyre peninsula is home to the Campbeltown whisky region. It used to be the ‘whisky capital of the world’, boasting 34 distilleries and more money than the Bank of England. Unfortunately, this is no longer the case with only three operational distilleries remaining.

We visited Campbeltown in September and managed to see them all.

Springbank Distillery runs tours at 10am and 2pm each day and should be pre-booked to avoid disappointment. We opted for the 10am Springbank and Glengyle tour which, as the name suggests allows you to visit both of owner J&A Mitchell’s two distilleries. Taking a morning tour meant an early start from our lodgings at Portavadie and after the short ferry crossing to Tarbert and a brisk drive down to Campbeltown, we arrived at the Cadenhead’s whisky shop just in time (Note: don’t rely completely on your satnav once you get to the town – our ‘up to date’ TomTom maps had a few of Campbeltown’s main roads completely missing!).

Three whiskies from one distillery

The tour starts with a short walk up Longrow to Springbank distillery where we were guided into the Maltings. Springbank is one of the few distilleries which still malts it’s own barley and although it they were in the silent season, the buildings are always impressive. 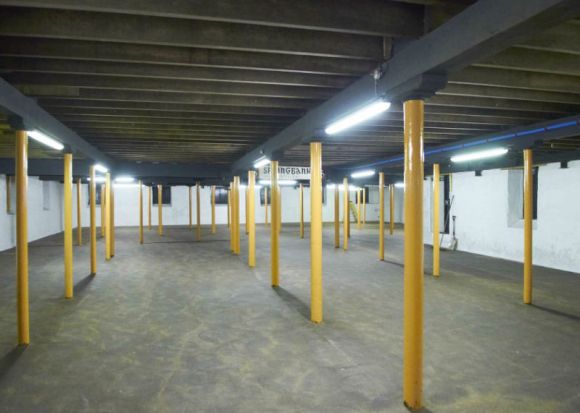 At this point, the standard whisky production routine of mash tun, wash back, stills and cask normally follow. Springbank however, is slightly different – they produce three different whiskies (not expressions) under the same roof. The unpeated Hazelburn is a triple-distilled whisky which is available in an 8 and 12 year old expression. Longrow is an Islay-style heavily peated malt which is twice-distilled and has been in regular production since 1992. Finally, Springbank is a lightly peated malt with a ‘signature’ two and a half times distillation (for the geeks, the low wines from the first distillation are mixed with the feints and passed back through, creating a spirit comprising of double and triple distilled components).

The different malts and spirits are created in batches so that there is a regular production of all three, ready to be sent to the casks. Hazelburn and Longrow are typically matured in Bourbon casks, whereas Springbank uses a blend of Bourbon and Sherry. 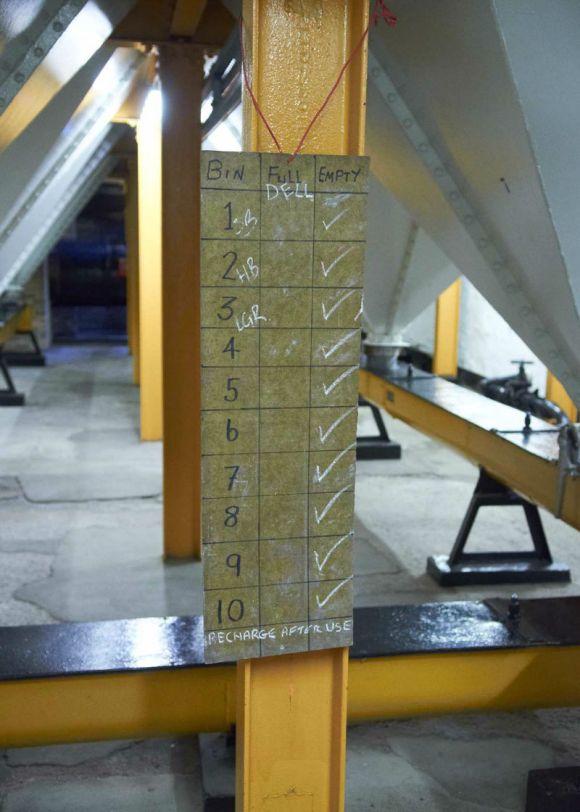 The whole distillery screams ‘traditional’, from the wooden washbacks to the ‘Springbank computer’; the maltman’s blackboard. The distillery has been creating whisky legally since 1828 and they are rightly proud of the traditional methods. 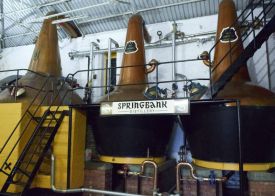 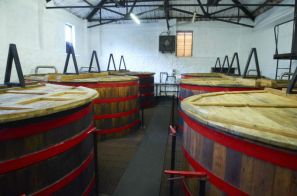 The final step in the production stage is bottling and Springbank is currently one of only two distilleries to bottle their whisky onsite (Kilchoman on Islay being the other); it was fascinating walking around this small bottling plant. When the whisky is disgorged from the cask, small pieces of carbon and other dirt may be mixed with the spirit; a row of incredibly fine filters are used to clean the whisky of these particles before it goes near a bottle. The bottles are then hand-filled, labels applied and the bottled boxed up at the various stations around the building. 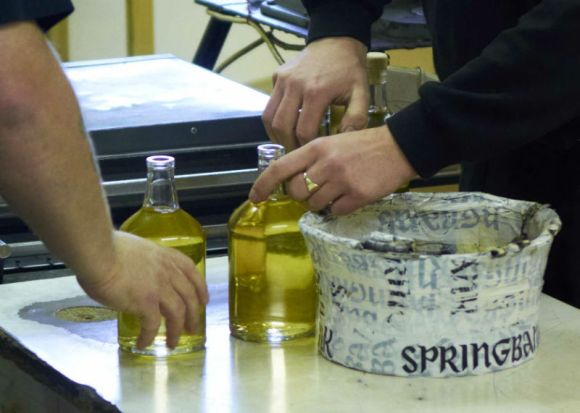 Glengyle distillery is a short distance from Springbank and produces Mitchell’s fourth whisky; Kilkerran. This is the newest distillery in Campbeltown, having been opened in 2004 to preserve the Campbeltown whisky region by increasing the number of working distilleries to three, the same as the Lowlands. The reason that the whisky is called Kilkerran (the gaelic name for Campbeltown) rather than Glengyle is due to copyright – Loch Lomond Distilling (who own Glen Scotia) use Glengyle for a vatted malt they produce. 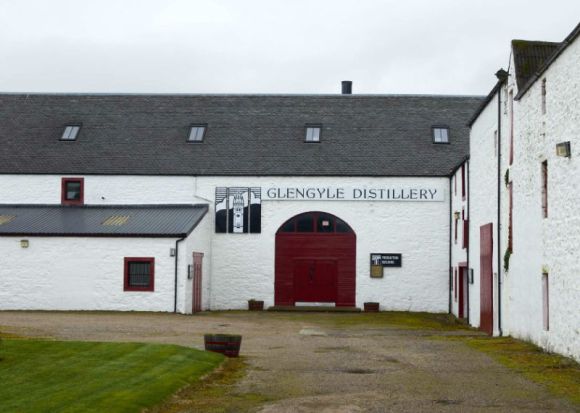 The modern Glengyle distillery is a very compact setup with all of the distilling equipment being located in a single room, quite different to Springbank’s topsy-turvy layout. Kilkerran is only produced for a few weeks per year and currently has a variety of ‘Work in Progress’ expressions while they move towards a regular 12 year old bottling. 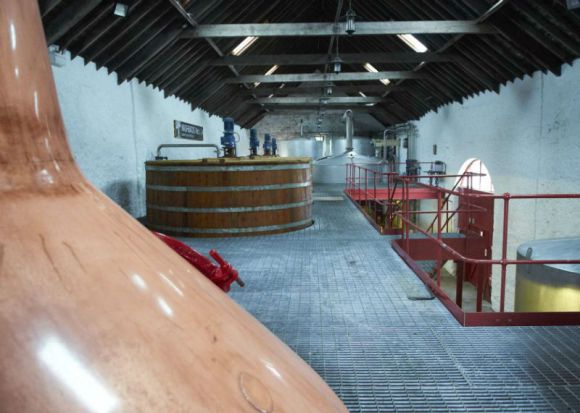 After walking through the distillery, we were shown the view which inspired the Kilkerran Whisky logo. The wall at the back of the distillery has a hole with bars across it which looks out onto the Lorne & Lowland Church, a local landmark. This view framed the church so well that it was adopted at the logo for the Kilkerran range. 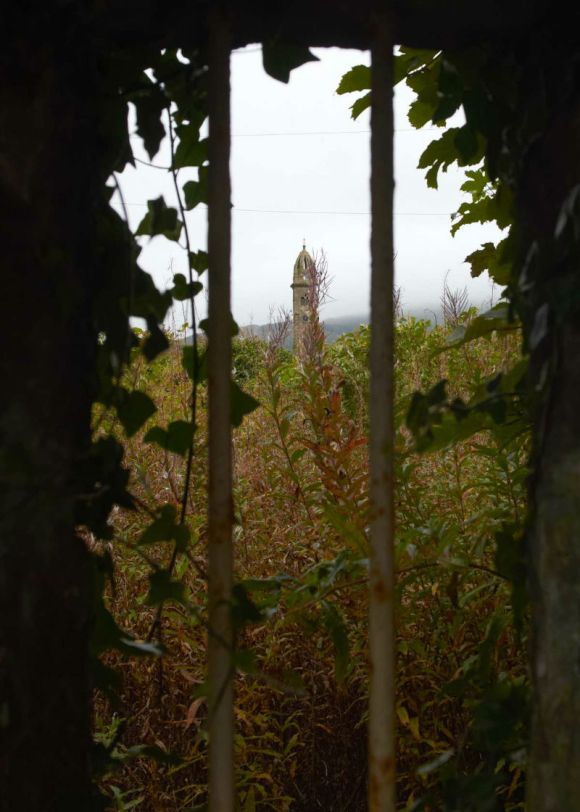 After Glengyle, it was back to Cadenhead’s for a tasting – Adele was driving, so I got to enjoy the selection.

I had upgraded to the ‘Taste It’ selection, which allowed me to try a ‘horizontal tasting’ across the range in addition to the Springbank 10 which was included in the tour. 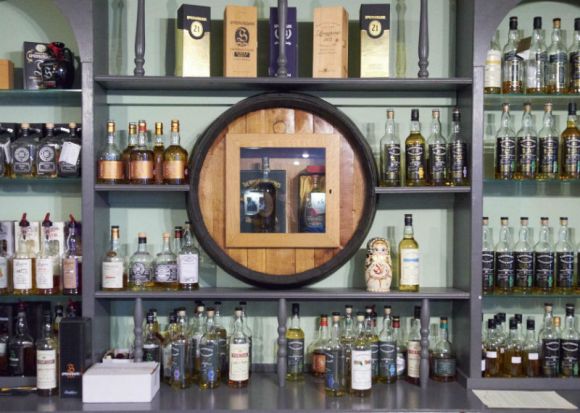 The 12 year old Hazelburn is an interesting whisky, young but not fiery with pleasant grassy, honey, fruity tastes. A friend loves this and I wasn’t previously too keen, but this tasting has made me think again.

Next were the youngest whiskies of the range, a pair of Kilkerran ‘Work in Progress 5’ from Sherry and Bourbon casks. These were both good, with a lovely sweet taste which belied their youth. I preferred the rich, chocolaty Sherry expression to the creamy, oilier Bourbon.

Springbank 10 and 15 were next – both excellent, with the mainly Bourbon 10 having peaty, oily flavours combined with citrus and honey. The 15 is matured in Sherry casks and this was my pick of the selection; lovely fruit and smoke with a long dry finish – we wrote up some longer tasting notes previously.

A pair of Longrows were next with a taste of the CV first. The smoke in this was less intense than I expected – though still quite a fiery, full-on dram with a long dry finish. The Longrow Red was next – finished in a Cabernet Sauvignon cask – this was definitely interesting, but not sure the flavours were something I’d enjoy time after time.

Finally, as a wee treat, we had a dram of the Cadenhead Glenlivet (Minmore) 1976. Only one word for this – awesome. Rich, sweet and thick – you could melt into this glass. We would have happily bought one or two of these, but this open bottle was the last one they had in the shop. 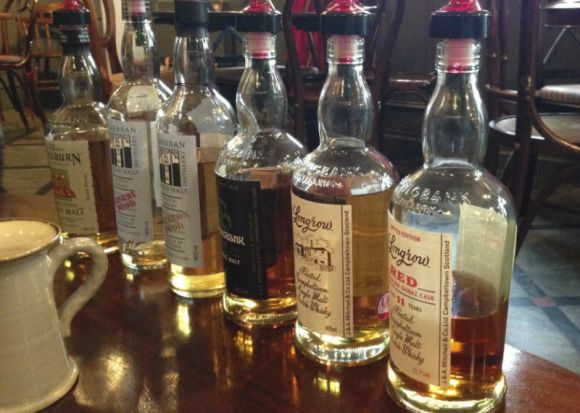 So that was the tour complete and after a walk and some lunch, we drove over to Glen Scotia for a wander.

The other Campbeltown distllery – Glen Scotia

Glen Scotia is a small distillery on the other side of Campbeltown which has long been in the shadow of its neighbour. The original Maltings building sits next to the road, giving it a dominating presence which belies its size. There are no formal tours around Glen Scotia however these are often given with enough notice. Unfortunately we weren’t able to get a tour, however after speaking to the manager he was happy for us to take a walk around the site and pop our heads in to see the stills. 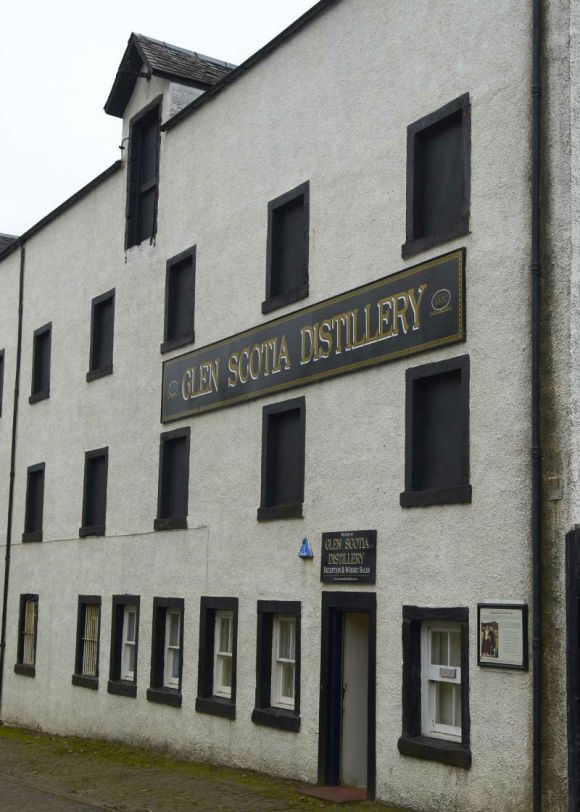 I haven’t yet actually tried any Glen Scotia and from reading various whisky sites, they seem to have a mixed outturn over the years. They’ve had a relaunch in 2013 with brightly coloured bottles and packaging so I will take a closer look, however this will be a task for another day.

So, that was Campbeltown – probably the most remote group of distilleries on the Scottish mainland, but well worth a visit. Springbank is unique in many ways and a fantastic tour due to the ability to see the entire production process on one site. There is less to see at Glen Scotia however it’s also worth a visit – definitely get in touch with them in advance if you want a tour!