We’re a spirits blog based in Edinburgh.

Writing mainly about Scotch Whisky and Scottish Gin but covering any other distilled drinks which catch our eye.

Read, enjoy & comment – we’d love to hear from you.

Skip to content
Press Enter / Return to begin your search.

“For the next three hours, the distillery is yours.” said David before we got up to leave the comfort of the sofas, coffee and log fire in the distillery office. Not the usual start to a tour, but then this was not your typical distillery tour.

The Balvenie distillery is one of Dufftown’s original seven stills and one of the triple of William Grant & Sons owned distilleries set along Station Road.

In contrast to the shiny ‘open all day’ visitor centre of Glenfiddich next door, Balvenie only hosts two tours per day (maximum of 8 people in each) which must be pre-booked. The advantage of this restricted approach is that once you’re booked in, there is plenty of time to enjoy the distillery and really get an appreciation of the whisky making process. We were here as part of the Speyside Whisky Festival and our tour guide was Balvenie Distillery Ambassador, David Mair.

We started by heading to the Maltings, where the barley was being poured into the water baths for steeping. Balvenie is one of the few distilleries which still has an operational Malting floor and to see in in operation was fascinating. Only about 8-10% of the malt required to meet production demands is actually produced here however David explained that the Maltings are such an integral part of the distillery history that there is no appetite to cease the operations. 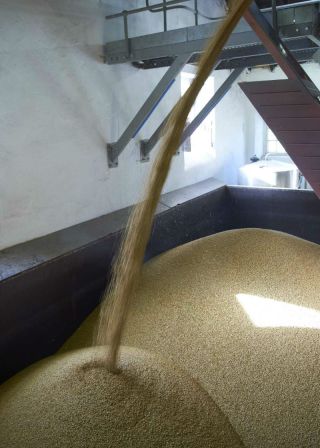 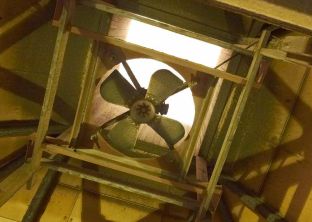 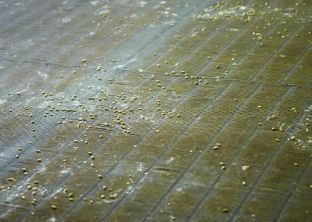 Next stop was the kiln which wasn’t running so we were able to step inside to have a look about and see the pagoda roof from the inside. A small amount of peat is used in this kiln (the imported malt is unpeated), so the smell was amazing!

The rest of the whisky-making process would be familiar to anyone who has toured a distillery, however that doesn’t do justice to the experience we had walking around. Nowhere else have we had a chance to taste the flour from the mill, the wort as well as the wash; it gave a great appreciation of how the flavours originate. 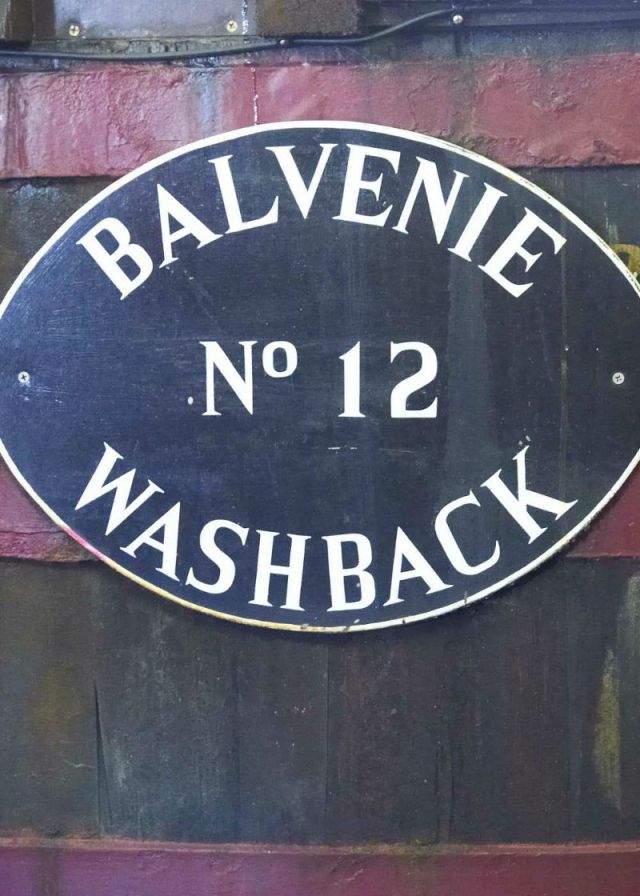 After seeing the operational part of the distillery, we went into Warehouse 24, the oldest surviving part of the site. It was originally a house, but the stone was reclaimed for distillery buildings and Warehouse 24 comprises only the ground floor and basement of the original building. It’s an amazing place, but unfortunately photography is (sadly, typically) prohibited for safety reasons.

As part of our tour, we were able to handfill a small bottle from a choice of casks as well as picking up a sample from our Warehouse 24 Member’s Cask 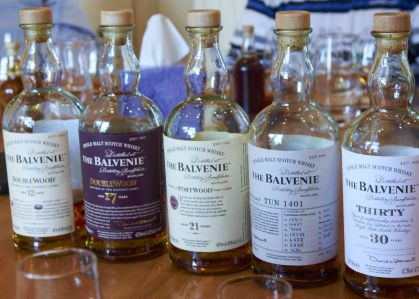 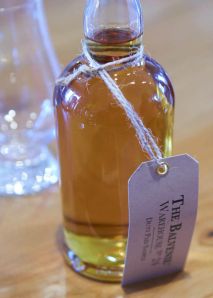 It was then back to the tasting room (which doubles as David’s office) for a tasting of several Balvenie expressions – a tough job! As far as distillery tastings go, this was one of the best I’ve had. We had a sample of the DoubleWood 12 and 17, the 21 PortWood, the Tun 1401 Batch 8 and the Thirty, finishing off with the Member’s cask dram; a 1974 Bourbon!

Without wishing to appear sycophantic, all of the expressions were excellent. The pick of the selection for me was the Tun 1401 Batch 8, its fruity, sweet, vanilla flavours just pipping the Thirty, but I’d be happy with a dram of any.

It was then a quick visit to the distillery shop for a few purchases then on our way; three hours passed in an instant.

I’d thoroughly recommend arranging a tour of The Balvenie to anyone. Although it may appear to be quite a detailed tour, appealing only to ‘whisky geeks’ like me, the ability to see almost the complete end to end process is a great opportunity and should appeal to any whisky novice, plus their whisky is seriously good!

Update 16th October: After posting this blog post, I found a set of short films of Kevin McCloud visiting Balvenie in 2012 before the Masters of Craft Awards. Worth a look.

View all posts by Stuart